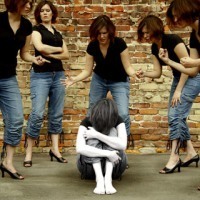 This is the final instalment in a three-part series on social media and ‘subjectivation’ (Michel Foucault’s term for the self-construction of identity).

If we strip out the myriad social and administrative tasks of the real-life curator – the connections, the negotiations, the shipping and hanging and lighting and writing – we can arrive at a pretty simple job description: good curation is the discovery and display of unexpected or heretofore unknown patterns and flows in visual culture. So why can’t a computer do that?
Art Fag City

Since the verb ‘curate’ and noun ‘curator’ have been appropriated by the digital world I have been intrigued by the strong opinions especially by museum folks that it’s wrong to use the word ‘curate’ about people who are pinning photos to Pinterest.

So what if we take a look out there to  see some uses of the word ‘curation’:

‘The content curator is the next emerging disruptive role in the content creation and distribution chain.‘ /Robin Good

‘Anyone can “curate” online material, pulling together their own collections.’ /Rethinking Learning

Some even ask ‘An Algorithmic Future: Can Computers Curate?’/Art Fag City

A very interesting project is  Open CuRate ‘a project with FACT looking at how curation is changing in online culture and trying to make FACT a more open space – more talking with real people. It is looking into its education programme, its spaces and how everyone now curates online, not just the people near the top of the chain at galleries.’

The word curation is used to describe the act of gathering and displaying web content in a way that it’s given a new context and therefore telling new stories. Not only are we talking about scrap booking women (and men) using Pinterest but about consulting brand specialists and content managers.

Some aren’t that thrilled about this development, and some even believe this is undermining the role of the real museum curator, that scrap booking online isn’t equivalent to curating.

‘Stop it. Just stop. Do you have a business card? Read it. Does it say “Curator” under your name? No? You are not a curator.’ /Hermitage Collection Connection

‘At the same time we’ve seen the spread of the verb ‘curate’, and the noun ‘curator’. Some people even want appropriate credit for their online ‘curatorial’ skills.’ /Fresh & New(er)

And others aren’t that worried:

‘curating is definitely a word that has entered zeitgeist kind of fashion, but I suppose the wider use of the word — even when it’s not in the correct context — gives the profession a certain visibility, and hopefully some understanding of what that it actually is. ‘ /Phoenix New Times Blog

This discussion is very interesting and certainly putting the museum curator in the spotlight. What are we actually doing at work? Something in fact anyone can do? I like how Seb Chan is straight forwardly questioning if curating exhibitions is not much more elaborate than creating a mixtape:

‘Researching and then assembling a narrative told by music selections to communicate messages of love, hate, ambivalence, or just to assert your superior (sub)cultural capital – that’s what making a mixtape was all about. Exhibitions, in their most primal form, are not that different.’ /Fresh & New(er)

I myself embrace the word curate, when people scrap book online using f.ex. Pinterest. I will happily explain why in a blog post further on.

The discussion around the words ‘curate’ and ‘curators’ is a perfect occasion to put the spotlight on, and to (re-)establish the role of, the museum curator in the age of the social web.

In some upcoming blog posts I will go further into the definition of the curator, from a Swedish perspective, and try to determine the need for digital skills today. 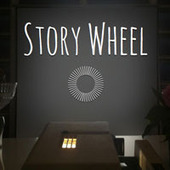 Tell the story behind your pictures… 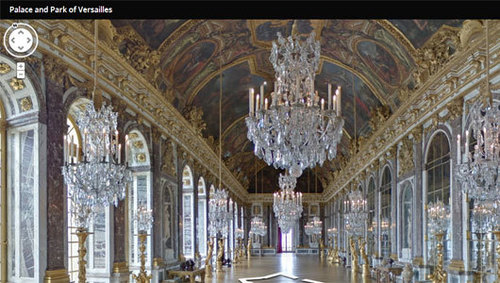 With 3D scale models, music, and video, Google’s Versailles 3D brings the best of 21st century web arts to 18th century art history. The palace was built by Louis XIV, the “Sun King,” who exemplified all of the authoritarian excesses of the French…

On Scoop.it: Museums and emerging technologies